Have you ever thought about what or who you invite into your space?  The people you interact with, the things you read, watch, and listen to all have an impact on the way you think, perceive, and evolve as a person.

Recently a friend shared a story on Facebook.  As a child, she remembered her mother regularly invited inspiring women into her home.  Women that her mother admired, women that her mother believed in, women that opened her mother's eyes.  They talked about things that mattered to them, often from a feminist perspective, usually while their children played nearby.  My friend recounted that listening to pieces of those conversations with positive, creative, intelligent women inspired her to pursue a successful academic career in social work.  As an adult, she surrounded herself with people that were in the top of their studies, discussing the world around them in thoughtful and insightful ways...as her children played nearby no less.  Now that her children are reaching young adulthood, she is in awe of their level of activism, confidence, and intelligence.  This wasn't just a case of good genes.  This was an example of the "invited conversations" that children overheard, observed, and played in close proximity to.  Reading her post on Facebook, I thought, this is just the world that John Holt wished for children everywhere.  This is what John Holt thought was so beautiful about children in alternative learning communities.  This is truly natural learning. I was reading a post by Business Insider about how successful people get things done in a day and one of the tips was to surround yourself with other high achievers.  Sometimes the conversations we "invite" into our home are not of our choosing; and it doesn't necessarily mean you cut these people out of your life.  Using Beyoncé as an example, they made a good point about how important it is to surround yourself with people that leave you feeling inspired.  Surrounding yourself with the type of people you want to be like will encourage you to rise to their level.  If you have limited time in your day to spend with others, it makes sense to be a "relationship minimalist" and try your best to spend time with people that leave you feeling energized. 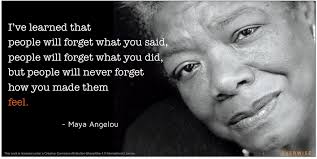 As my friend's multi-generational example illustrates, children can benefit from the conversations we invite into our lives too.  I remember reading interviews from Martin Luther King's children in which they talked about their memories of childhood.  I'm sure that having Martin Luther King as a father was inspiring enough, (can you imagine the bedtime stories?) but they also mentioned how, as children, playing around or near inspirational members of their community had an impact on their developing sense of self.  Several generations of the Kennedys had similar insights.  Mya Angelou, in her wisdom, would often invite the children in her neighborhood to play in and around her house, knowing that was the way wisdom was passed on. 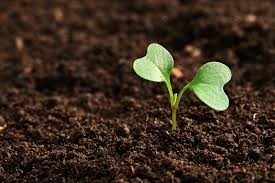 Children are like little seeds, planted in our care.  We give them the basics, but the environment we surround them with and the conversations we invite into our homes, have such an influential role to play in the people they are becoming.

Are you surrounding yourself with people that inspire you to be the best you possible?  Who do you need to "cut back on" to be a better you?  Who would you like to add to your circle to help you grow?  What sort of conversations would you like your children to overhear?